“Moldy Ramone” at his Benefit

Growing up in Queens I was a scared kid. At home I hid my eyes when my dad watched monster movies but that only made the scary noises worse. In the city I was scared of the punks, girls with Mohawks, guys with safety pins through their cheeks. They were hardcore. And when we moved from the East Coast to rural Minnesota, I was terrified. Y’all have cows and chickens and shit here.

So it only figured that at high school orientation the upperclassman assigned to me was Moldy.

Moldy was a punk, a big, broad shouldered kid in a leather jacket with a surly attitude who could say more with his middle finger than my Nona could with both hands. He had clearly been roped into orientation duty as punishment for eating puppies… or freshmen. At lunchtime I sat with the new kids and spazzes while Moldy sat with other punks and read “Fangoria,” the gory full-color magazine for monster movie aficionados. Moldy embodied all the things that terrified me the most. When he learned I didn’t like punk rock music and monster movies Moldy shook his head in disgust. END_OF_DOCUMENT_TOKEN_TO_BE_REPLACED

This post popped up in my Facebook Memories today.  I really appreciate Bob’s perspective on this subject and the knowledge he has about political issues. I’m putting this back out there in the world, in honor of Martin Luther King Day this week,  and all that this amazing hero did for us.

Obviously Johnson never “got it.” The Civil Rights act, the Voting Rights act, the War on Poverty – these things were never “given.” They were demanded. They weren’t earned, because they were already owed. Instead Dr. King relentlessly demanded that to which he and all people were already entitled. END_OF_DOCUMENT_TOKEN_TO_BE_REPLACED

It’s not cis-whites versus the diverse.
It’s not rural-versus-urban.
It’s not old-versus-young.
It’s not conservative-versus-liberal.
It’s not Republican versus Democrat.
It’s not ANY of those things, people.
It’s not even rich-versus-poor, per se.
It’s the powerful versus the powerless. That’s ALL this is.
It’s the upper 1%, hell, the upper .01% versus ALL OF US.

END_OF_DOCUMENT_TOKEN_TO_BE_REPLACED

Bob wrote this poem as a response after 9/11. It was published on September 29, 2001 in the Minneapolis Star Tribune. This was also shared on several websites and from at least one pulpit, we heard. It’s long, but well-worth to read to the end.

Fight Terrorism With Relentless Doses of Hope and Compassion

Let us deploy our troops. Let our diplomats seek broad international agreement. Let our soldiers advance first, to clear the field of violence.

Then let us unleash our most powerful weapons!

Let us lay down roads where none have ever been. Let us dig wells of clean water where people can safely drink. Let our armies build hospitals and schools. Let our warriors teach hygiene and mathematics. Let our doctors inoculate against disease, and our soldiers battle malnutrition. Let us scour the Earth clean of terrorism through the merciless application of knowledge, compassion, hope and tolerance.

Terrorism is the weapon of the desperate and hopeless, the brutally blinded, and the deliberately blind. And we can defeat terrorism. We, America, have the power to do so if we are not ourselves blinded by vengeance, anger and fear: We hold the light of Liberty. END_OF_DOCUMENT_TOKEN_TO_BE_REPLACED

Welcome to the premiere of our new blog! This is mainly the endeavor of Theresa, excited to gather up and promote the many media works and words of Bob (who has agreed to go along with it and humor her; yes, dear…). There are some quirky, informative and thought-provoking posts in the works. We hope you’ll enjoy it.

This is as good a place to start this blog as any.  One of Bob’s favorite topics is Income Inequality in America, and he’s given a lot of thought to it. Back in 2011, he posted the following comment in a Facebook discussion:

“If someone has an apartment stacked to the ceiling with newspapers, we call him crazy. If a woman lives in a trailer crawling with cats, we say she’s nuts. But when someone hoards enough wealth to impoverish the nation so that children go hungry and bridges collapse, we pretend they are a role model and put them on the cover of Forbes.”

Immediately this quote took on a life of its own and was liked and shared by numerous random people on Facebook.

Unfortunately, it  was not attributed to Bob. As it spread across the Internet, this colorful quote was mysteriously credited to some dude named “B. Lester.”  Whut? END_OF_DOCUMENT_TOKEN_TO_BE_REPLACED

All written and photographic content of this website is under copyright by Theresa Jarosz Alberti and Robert (Bob) Alberti, unless otherwise noted. Respectful sharing of these materials is allowed, if proper credit is given. Please contact us if further guidance is requested. 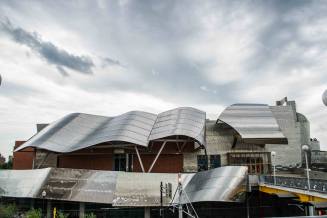 Book of the Month

Like This? Check Out My Other Blog: Pen and Moon

“The Best-Kept Secret About Meditation, or What I Learned That Finally Made It Work”

How Lizzo Taught Me to Love My Big …